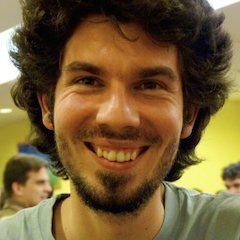 Profiling and Tracing for all with Xprof

In this talk Peter will briefly introduce XProf, an open-source visual profiler for Elixir, a new addition in the spectrum between complex monitoring software and clever, command-line tracing and debugging tools. XProf was originally created to help solve performance problems of live, highly concurrent and utilised back-end systems. However over time it has turned out to be useful for general ad hoc debugging, as it is capable of both intuitive visual feedback on bigger patterns and provide details if necessary. During the talk Peter will demystify tracing and match-specs, an extremely powerful toolset provided by the Erlang VM, and show how XProf makes it more accessible and easier to use for everyone. He will also tell attendees about some real-world production issues they managed to track down with this simple but awesome tool.

Peter spent quite a few years at Ericsson where he became an Erlang native. Later he utilised his experience in various other industries from sports-betting to online advertisement at Erlang Solutions. Recently, he has joined Appliscale to fight with cloud-scale systems.