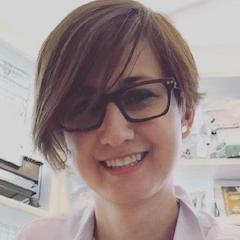 Witchcraft: Monads for the Working Alchemist

Witchcraft, Algae, and Quark bring several utilities to Elixir from other languages, enabling an easier, principled use of tools such as algebraic data types and monads. Witchcraft's goal is to feel fully idiomatic, and provide a gentle learning curve for learning the new concepts that it introduces. This talk walks through the library basics, demonstrates common use cases, and discusses some opportunities for integration with the existing Elixir ecosystem.

Brooklyn is a founding partner at Robot Overlord Software, where she specializes in functional programming consulting and corporate training. She is the author of several Elixir libraries including Exceptional, Quark, Algae, and Witchcraft.