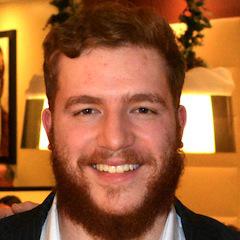 Stepping into a New Era: Injecting Elixir in an Existing System

Many developers and companies are interested in Elixir and wish to adopt it. A good part of these companies already have systems in place and rewriting them from scratch in Elixir is not feasible. At Football Addicts, Andrea and his team were in this exact situation: what they did was inject Elixir one step at a time, writing small services in it that would run alongside the main system and interact with it through higher-level mechanisms (such as RabbitMQ). This worked fantastically, in part thanks to Elixir and Erlang being great at interacting with other components. They were able to start using Elixir for increasingly significant parts of the system, already benefitting from its strengths and substantially improving the quality of the whole system and product. In this talk, Andrea talks about the experience they had with introducing Elixir and about tips on how to do the same in attendee's system, the advantages of doing so, and the pitfalls to avoid.

Andrea is a programming enthusiast with a soft spot for functional programming and beautiful code. He loves learning new stuff. He strongly believes in accessible culture and education and in open-source software. He's active in the Elixir community and uses almost exclusively Elixir for work purposes.